Dr. Christine Kim-Eng Lee founded the Curriculum, Teaching and Learning Academic Group of National Institute of Education in Singapore and was its Head since its inception in 2006 over a period of 9 years to 2015. Prior to that appointment, she was the Head of Humanities and Social Studies Education Academic Group (2000 to 2006) and Vice-Dean of the School of Arts (1997 – 2000). Christine graduated with a first class honours in Geography from the University of Singapore and with masters and doctorate degrees in Curriculum & Teaching from Teachers College, Columbia University, New York. She is a recipient of several awards, notably the University of Singapore Gold Medal, the Fulbright Award, the Milestone Award from Teachers College and Singapore National Day Public Administration Medal (Bronze). In 2015, Christine was awarded the Teachers College Distinguished Alumni Award and the Nanyang Award for Excellent Service to Nanyang Technological University and in 2017, NIE’s Excellence in Teaching Award.

Christine is the prime mover in the development and launch of National Institute of Education, Nanyang Technological University - Teachers College, Columbia University Joint Masters in Leadership and Educational Change (MALEC) and the MEd in Curriculum & Teaching. She is currently the Director of the MALEC programme. Her research interests are in the areas of teacher development and learning, lesson study, cooperative and collaborative learning, listening pedagogy, curriculum implementation and change, curriculum and teacher leadership and curriculum and school reforms.

Through Christine’s pioneering efforts in introducing Lesson Study to schools in Singapore through two R & D programmes, Communities of Practice in Cooperative Learning (CoPCL) and Lesson Study as a Teacher-Directed Form of Instructional Improvement, Lesson Study is now implemented in about 53% of schools in Singapore. Christine plays an active role in the international Lesson Study community as the President of the World Association of Lesson Studies (WALS) from 2011 to 2016, representing members from 35 countries and is now its Immediate Past President. She is a well sought after keynote speaker and has been invited to give keynotes and seminars at international conferences and academic symposiums in Japan, Hong Kong, Korea, Indonesia, Malaysia, Philippines, Norway, Taiwan, Turkey, UK and Vietnam. Her edited book with NIE colleagues on Globalization and the Singapore Curriculum: From Policy and Practice is a seminal text used in graduate and in-service courses on educational reform and change leadership. Christine was invited as visiting professor to The University of Tokyo, Chinese University of HK, University of Stavanger, Norway and was attached to Stanford University as visiting scholar. She serves on the Management Board of Healthy Start Child Development Centre, Beyond Social Services, supporting children from disadvantaged homes.

In Japan, Prof. Masami Isoda has worked major roles in a number of academic societies such as a chief editor of the Journal and Publication of the Japan Society of Mathematical Education (2010-2016). He has also worked as a member of national commutes for curriculum and assessment (20) and managed a number of national projects for international cooperation under the Ministry of Education, Culture, Sports, Science, Technology and Engineering, Japan.

Internationally, Prof Masami Isoda has worked as a core member of international academic societies and conferences such as an advisory board member of the International Study Group of History and Pedagogy in Mathematics since 2002 and a committee member of the World Association of Lesson Study since 2010. He has also worked with most of SEAMEO Education-Centers as consultant and advisor since 2007 as well as JICA’s in the World since 2002. He is also known as the representative (Project Overseer) of APEC Lesson Study Project since 2006 with Dr. Maitree Inprasitha, Thailand.

Prof. Masami Isoda has received several national and international awards for his contributions in mathematics education. For example, nationally, he received an award for educational software from the Minister of Education (2005), and an award of the Most Beautiful Book of the Year 2009 in all natural science from the Association of Japan Publishers (2010). Internationally, he has received awards such as a honorary PhD from Khon Kaen University, Thailand (2011) for his contributions to education and research, and he also received a honorary professor from Universidad San Ignacio de Loyola, Peru (2014) for his outstanding contributions to the standardization of education in APEC. He has received a plaque of recognition at the 50th Anniversary of the National Institute of Science and Mathematics Education Development, University of Philippines, the Philippines (2014) for his long-term self‐sacrifice collaborations to UP-NISMED, and a plaque of appreciation at the first annual conference from the Thailand Society of Mathematics Education (2015).

Prof. Masami Isoda has International-Journal articles such as the Educational Studies in Mathematics (2007) as well as Japanese Journals, and published and co-edited numerous books in Mathematics Education in Japanese, English, Spanish, Thai and Russian. He has been enrolled as keynote and has been invited as speaker at various international conferences and workshops in the world such as the 12th International Congress on Mathematical Education largest conference of mathematics education (2012). Some of his lectures at the conferences and workshops can be seen on YouTube.

Dr. Ulep obtained her Doctor of Philosophy in Mathematics Education at the University of Texas in Austin, Texas, USA as a Fullbright-Hays Scholar. She was Director of the UP National Institute for Science and Mathematics Education Development (UP NISMED) from 2011 to 2018. Since 2006, she has been representing the Philippines in the Asia-Pacific Economic Cooperation Lesson Study Project. 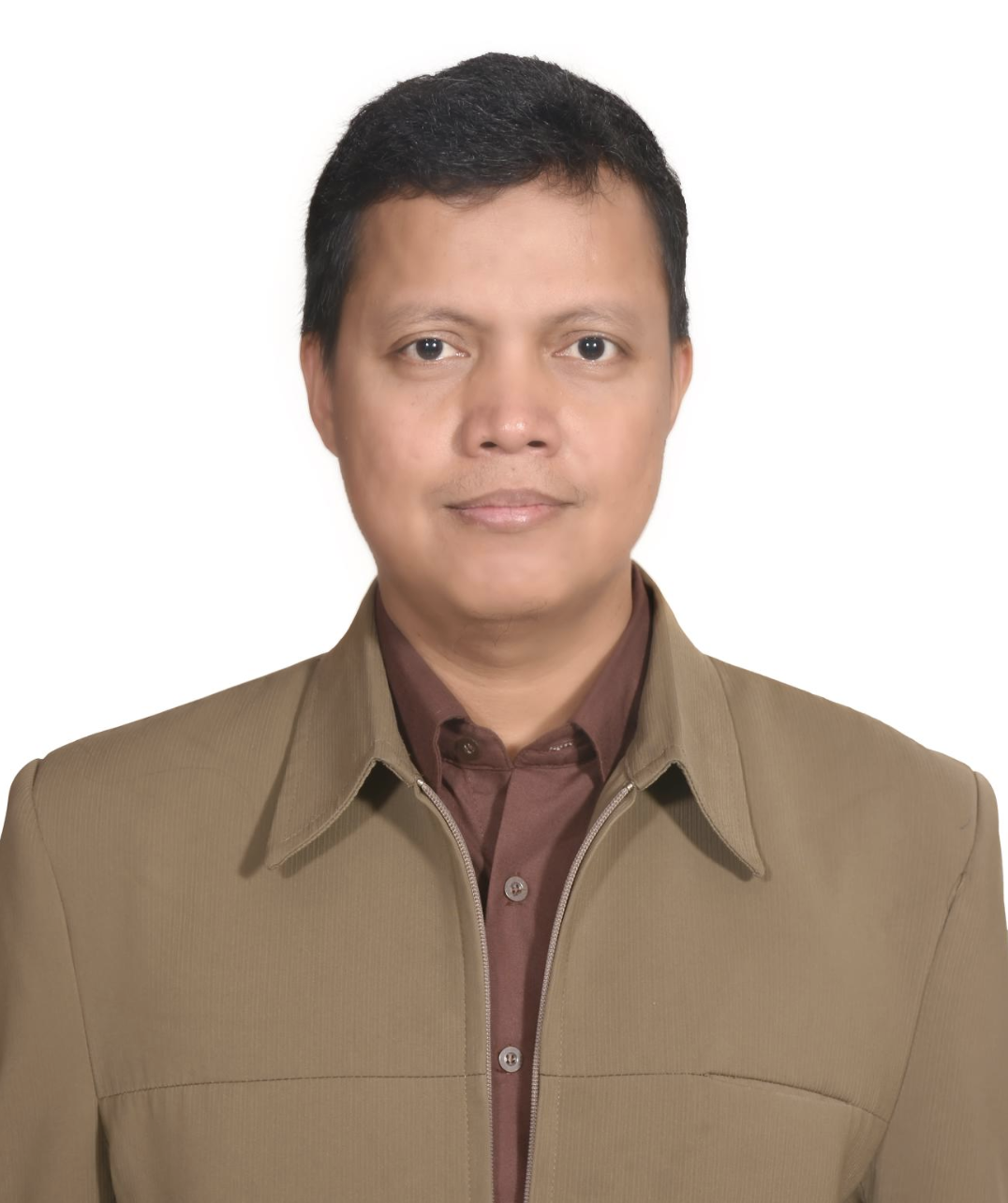 Dr. Hidayat is an Assistant Professor of Indonesia University of Education (Universitas Pendidikan Indonesia / UPI). Earned Bachelor of Education from UPI and Master in Theoretical Physics from Bandung Institute of Technology, He has been working with schools and teachers empowerment since 2009. He awarded PhD in Education from Hiroshima University in 2018 and co-founder of Indonesia Consortium for Learning Improvement; A National Networking of Practices and Research of Indonesia Lesson Study Association.

Being appointed as an Expert for SEAMEO QITEP in Science since early 2019, he also actively involved to coach National Science Teacher Trainer Center activities regarding with Inquiry-based learning and STEM Education. His research intertest are Teacher learning, School empowerment, Technological Pedagogical Content Knowledge, Computational Thinking, Inquiry in Science Learning, Teaching and Learning Analytics, Lesson Study, Democratic Pedagogy and Learning Community. Experienced as UNESCO Fellow in 2011 on Integration of ICT in Science Lesson in Illinois State University, He is alto one of representative of Indonesia in Asia-Africa University Dialogue 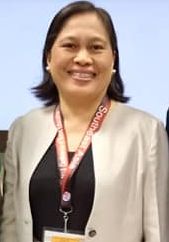 Ms. Galicia is Education Program Supervisor at the Department of Education, Division of Albay, and the current OIC Assistant School Division Superintendent at DepEd Tayabas City. After attending a seminar on Lesson Study in UP NISMED, she led the expansion of Lesson Study in Albay and other parts of Bicol. Last year, she was awarded a 1M Innovation Fund Grant by Basic Education Sector Transformation (BEST) for a Lesson Study Project in Science and Mathematics in DepEd Division of Albay.

Ms. Galicia is currently taking PhD in Educational Leadership and Management Executive Program at the De La Salle University under the Metrobank Scholarship Foundation. She was also a Metrobank Outstanding Teacher Awardee in 2005.

Dr. Hanai holds Education degree from Kyushu University, Fukuoka, Japan. His main research field is Educational Assessment. He has served as Specially Appointed Assistant Professor at the Department of Professional Development of Teachers (DPDT), University of Fukui from April 2017 to August 2018. He has been involved in teacher training and reflective lesson study in Fukui and gave a talk at UP NISMED mini roundtable in January 2018. He has experienced several teacher trainings as lecturer in Fukui Prefecture. These include ‘Thinking about Deep Learning: The importance of collaborative learning” at Kaminaka Junior High School, “The importance of using Rubric in Educational Assessment” at Wakasa High School (Assessment Workshop), “Teaching 21st Century Skills for Students to Live in the Global Society” at Eiheiji Junior High School, “Teaching Students’ Skills through Each Subject Nature” at Usui High School, “Competence-Based Learning and Tips for Deep Learning” at Matsuoka Junior High School, etc. He has also given lectures to junior high school and high school students, including “Skills required in the 21st century and how to write a good research paper” at Usui High School, “International knowledge and skills required towards 2030” at Kaminaka Junior high school, “The importance of Problem-based learning (PBL) and International knowledge and skills required” at Usui high school, etc.

He is also Research Coordinator for the OECD-Japan Innovative School Network (ISN). ISN is an international network for promoting International Collaborative Inquiry-Based Learning for basically high school students. ISN is also developing an nnovative curriculum for cultivating students’ knowledge and skills based on student agency and co-agency of teachers, parents and communities. He has joined the ISN in 2017 and since then, he promoted the importance of International Collaborative Inquiry-Based Learning to several high schools in Fukui prefecture and to the Fukui Municipal Board of Education. He was able to extend to number of schools to join the ISN from initial 4 schools to 7 schools and convinced the Fukui Municipal Board of Education to make budget for this project. Now students in Fukui are collaborating with students in Singapore, Philippines, Taiwan, Hong Kong, US, etc.

He is also interested on how student’s skills gained through these ISN activities can be assessed and used as a university entering qualification or certificate. He is working on designing a system for an international high school-university articulation system.

Personally, he lived in the UK from age 5-10 and in Belgium from age 16-18. In Belgium, he attended International School and experienced the International Baccalaureate Diploma Programme (IBDP) and passed the IBDP examination in 2005.

He is currently Assistant Professor at the National Centre for University Entrance Examinations in Tokyo, an institute in charge of the national examination for entering Higher Education.

Dr. Levi Esteban Elipane is currently an associate professor at the College of Graduate Studies and Teacher Education Research (CGSTER) of Philippine Normal University. He is also an associate professorial lecturer at the Brother Andrew Gonzales College of Education of De La Salle University in Taft. While doing his university work, he is also the principal of a small private school in Antipolo City, where he implements research endeavors such as Lesson Study in collaboration with his masteral students from PNU and De La Salle University. For the past 5 years into the academe, Dr. Elipane has collaborated with his students and some colleagues from different universities to embark on Lesson Study as a form of research and professional development initiative.

Dr. Elipane has been invited as a plenary speaker in various seminars and conferences in different parts of the Philippines and in many countries of the world. He has shared about his expertise about Lesson Study – which has been the topic of his PhD dissertation – to audiences in Tokyo, Manila, Baguio, Legazpi, Daet, Laoag, Seoul, Melbourne, Canberra, Ilo-Ilo, Lingayen, Batangas, Caluya, Sibalom, Antipolo, Palawan, Cebu, Kidapawan, Copenhagen, Taipei, Penang, Ankara, Fremantle, Morelia, Monterrey, Mexico, New York, Zambonga City, etc. Moreover, he was also granted Student Wings of Excellence (Leaders of Tomorrow) Award in Switzerland in 2008 for the St. Gallen Sympossium.

In November 2014, Dr. Elipane was an Invited Plenary Speaker for the Experts’ Meeting in the World Association on Learning and Lesson Studies (WALS) Conferencehe held in Bandung, Indonesia. He has also been a Philippine representative to APEC-Tsukuba Conference on Education, which was held in Tokyo, Japan, in the year 2015. In 2016, he was an Invited Speaker for a Plenary in the Asian Mathematical Conference held in Bali, Indonesia. This year, in December 2017, he will be a plenary speaker for the 2017 International Conference of Joint Societies for Mathematics Education organized by the of Korean Society of Mathematical Education, which will be held at Seoul National University.